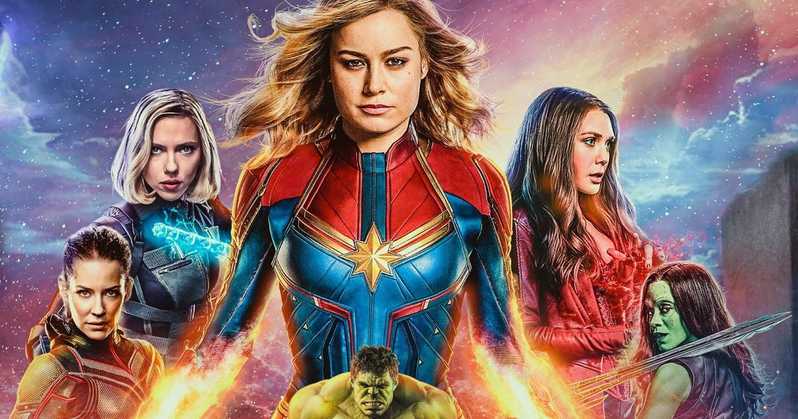 There’s a moment in the event movie to endgame all event movies when you realise that what writers Stephen McFeely and Christopher Markus have done is to go full Harry Potter and the Cursed Child all over the MCU. If your mind could throw up a little bit in its mouth, it would. Once you learn to accept this – Hail Hydra! – and a few others, you can settle in. OK once you get past the glum first 45 minutes, you can settle in for: wise Stark, Professor Hulk, (the controversial) Fat Thor, Dr Strange holding up one finger; Black Widow and Captain Marvel kicking ass, both emotionally and physically, in well signposted but enjoyable ways; literally almost every character you’ve ever met having a moment. It’s a messy but epic baton pass in the form of an angsty portal powered mega-battle. And we’re not going to lie, we’ve watched those audience reaction videos and they too are a thing of joy.