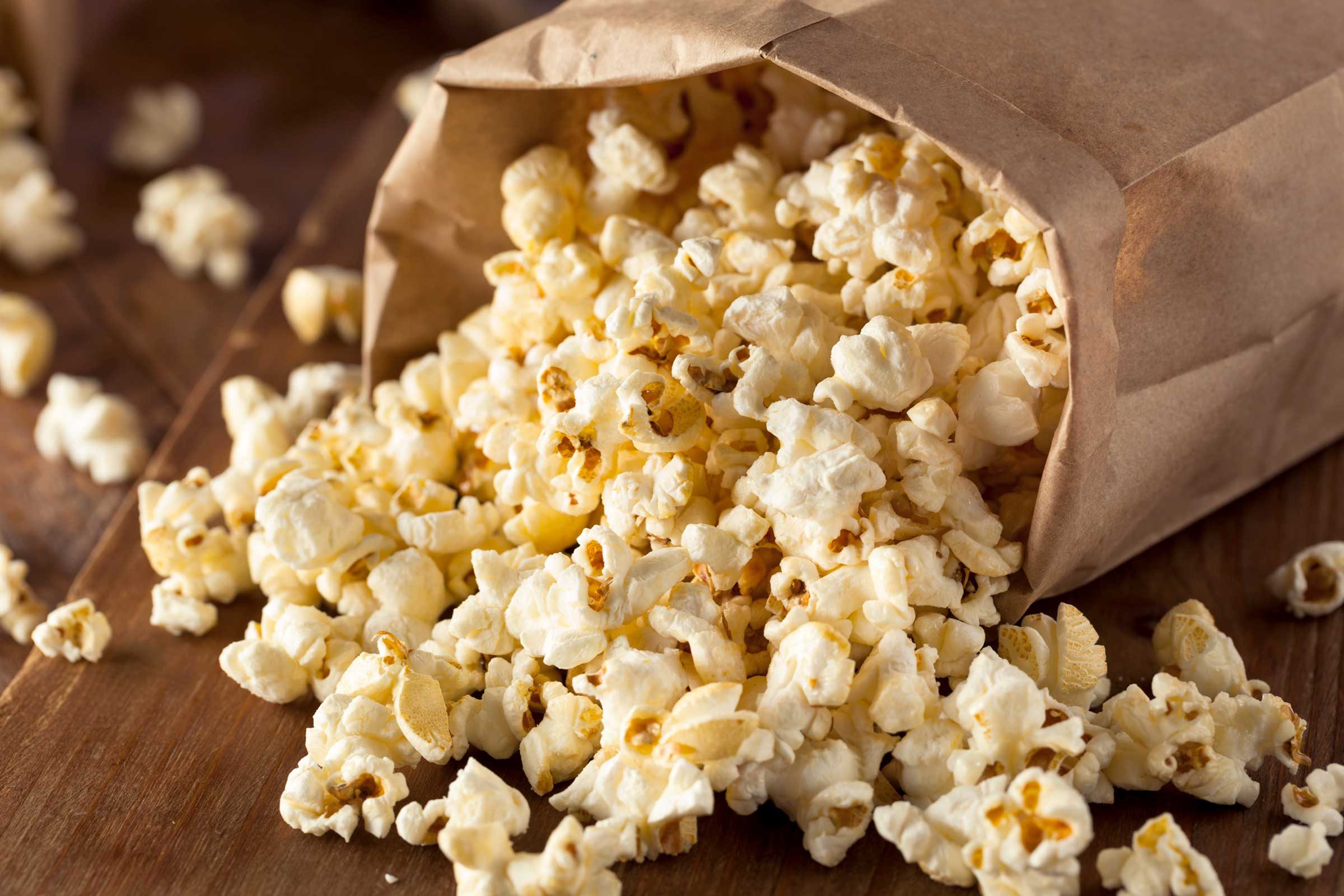 My husband likes microwave popcorn, and I prefer hot-air popped popcorn. However, neither tastes as good as movie-theater popcorn. What’s their secret?

First, while they certainly do taste different, it’s not the actual popcorn that makes the difference. The kernels used to make theater popcorn and those used in the home (whether microwave or air popped) are essentially the same. By the way, the No. 1 state for popcorn production — the Cornhusker state, of course.

Regardless of how the popcorn is popped, the principle is still the same. Heat, whether delivered by hot air, microwave energy or hot oil, increases the temperature and vapor pressure inside the kernel. When the pressure exceeds that which the kernel covering can withstand (more than 100 psi), the kernel literally explodes. Voila, you have popcorn.

So if the popcorn is the same, what gives theater popcorn that unique flavor? One of the main differences is the type (and amount) of oil used in movie-theater poppers. They also use a lot more salt (which may contain flavoring agents). Retail microwave popcorn manufacturers must label their ingredients and nutritional content. While they vary from brand to brand, labeling tends to ensure that a relatively “modest” amount of salt and oil are added. On the other hand, movie theaters can use more oil and add more liberal amounts of salt and butter flavor without labeling. Most medium-sized containers of plain movie-theater popcorn contain about 500 calories; add another 200 with the butter flavor. Alternatively, air popped popcorn has no oil and contains only the salt and butter you choose to add.

Now hiring in Southeast Nebraska. Recently posted employment opportunities for job seekers
There is also a major psychological factor that makes us like movie popcorn beyond the inherent flavor of the popcorn. Popcorn and movies are such a natural pairing that we even refer to certain films as “popcorn movies.” Psychology researchers at the University of Southern California and Cornell have shown that regular moviegoers like eating popcorn so much that many will eat even stale popcorn. More if it’s in a big bucket. And even on a full stomach. Evidently, the dimmed lights and coming attraction trailers are just the cues needed to induce habitual popcorn-eating.

I hear conflicting advice regarding the safety of prewashed salad greens? Some experts recommend rewashing; others say they are safe to eat right out of the bag.

This has been the most frequently asked Food Doc question over the past several months. Although addressed in an earlier column almost two years ago, the question, unfortunately, is still relevant since the problem has not gone away. Indeed, the recent cyclospora outbreak caused by contaminated ready-to-eat salad greens hit especially close to home, with most of the reported cases occurring in Nebraska, Iowa and Texas.

There are other reasons why rewashing ready-to-eat salad mixtures may not be very effective. Some organisms are very adept at sticking to plant surfaces and, once attached, are not easily removed. Also, when the greens are harvested and processed, the lettuce stems and tissues are cut and the interior tissues are exposed. If a harmful microorganism were present, it can gain access to this interior space and hide out from washing steps and even evade disinfection agents. Thus, home washing, unfortunately, may not do much good.

In contrast, there are some food-safety professionals, as well as Consumer Union (publisher of Consumer Reports), that do recommend rewashing. Indeed, some prominent food-safety authorities have altogether sworn off these products. Nonetheless, even these experts would concur that the chances of getting sick from these products is very low, although that is hardly much consolation for the unlucky ones that do become ill.