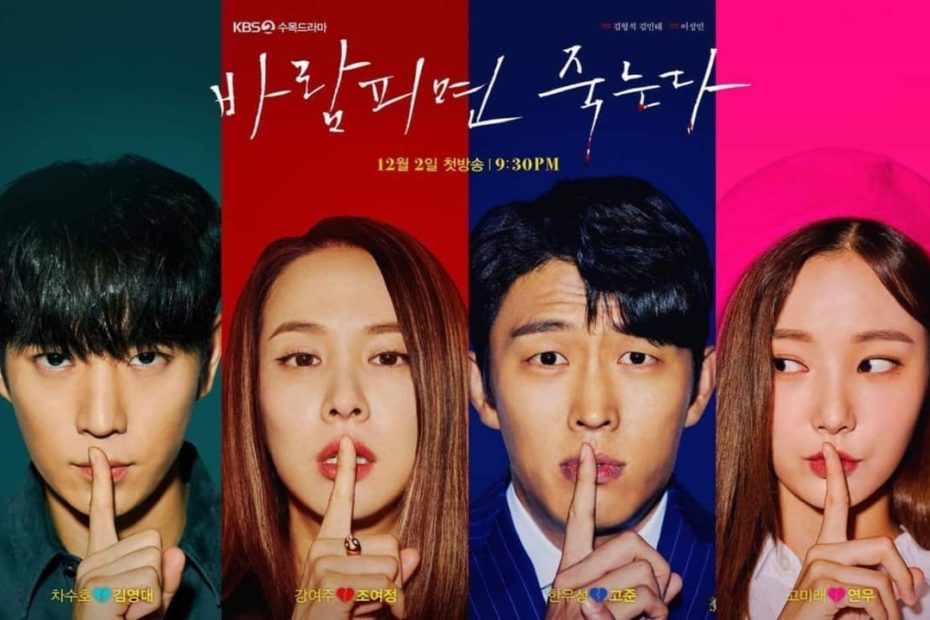 Go Joon’s character in Cheat On Me If You Can is an expert at cheating. As a divorce attorney who catches cheaters, Han Woo-sung knows all about the incriminating details that expose a cheating husband. He’s careful to erase his car navigation records, reset his burner phone and remove incriminating hairs on his clothing. Woo-sung uses his knowledge of such details to pressure cheating husbands into a better divorce settlement, but he also hopes to avoid detection by his wife. She writes murder mysteries in which cheating husbands pay with their lives.

Cheating has become a game for Woo-sung, one he’s convinced he is good at. Yet, he might not be good enough to avoid detection by another expert. His wife, the famous crime novelist, Kang Yeo-joo, is known for her detailed murder mysteries in which the perp always gets caught and she has little sympathy for characters who cheat on their wives.

At a book club reading she is asked what she might do if she ever found her own husband cheating. Yeo-joo, played by Cho Yeo-jeong, says that he might end up as a corpse. Everyone laughs but she looks dead serious.

Woo-sung feels no guilt about cheating on his wife and considers himself a “family man.” He even appears on TV talk shows where he is referred to as “the nation’s husband” or in other words the “ideal husband.” Little does the nation know.

Things start to get complicated—and even funnier—in this dark comedy when a woman Woo-sung cheated with refuses to leave him alone. He already worries that his wife suspects him and as he makes plans for a political career, must be even more scrupulous about avoiding scandals. There’s also the convenience store worker, played by Kim Young-dae, who seems to have ulterior motives in getting closer to Yeo-joo.

Can Woo-sung survive his wife’s scrutiny when he’s not sure how much she already knows? As long as no one is actively trying to kill him, he’s probably safe, right? Or so he thinks.

The comedy relies on its talented cast. Go is a strong actor in dramatic roles, such as his role in the drama Misty, but he’s also very funny when playing characters that don’t recognize their vulnerabilities, such as the jaded-then-smitten photographer in Oh My Baby. Cho is best known for her role as the clueless wealthy wife in the film Parasite and also recently starred in the drama Woman of 9.9 Billion. She creates a character in Cheat On Me If You Can that is serenely mysterious, but possibly also dangerous. Kim attracted wider attention when he played Oh Nam-joo in the fantasy drama Extraordinary You and also currently appears in the drama Penthouse.

The characters of Cheat On Me If You Can are in for a bumpy ride and it’s likely that one of them will get bumped off.